The human brain processes emotion by categorizing all input according to two responses: sympathetic and parasympathetic (i.e. “fight or flight”). Imagine a graph with two axes: one axis representing a state of stimulation (from excited to calm), the other depicting stimuli as being negative or positive.

In his book The Man Who Lied to His Laptop, the late Clifford Nass refers to these two plots respectively as “arousal” and “valence.” Whether an emotion makes us feel angry, humiliated, serene, jubilant, frightened or something else, the brain’s job is to determine what level of valence or arousal is appropriate for a given situation. Although Nass’s book doesn’t go into the Goldilocks Zone as such, the author does explore how the brain constantly resets itself chemically in an attempt to keep us “just right.”

For this weirdly industrial-sounding piece, Suss Müsik attempted to capture the polarities and nuances between valence and arousal. The main pounding riff (the “arousal” side) was created with a pitch-shifter applied to acoustic guitar. The “valence” side is an analog synth wash combined with audio scans of two-dimensional artwork. The two sides meet somewhere in the middle, thanks to some liberal digital-delay phasing and a Ditto looping pedal.

The piece, entitled Nass, was recorded live to 8-track with no overdubs. The image was created by visual artist B.G. Madden.

Another in a series of collaborations with visual artist B.G. Madden, this time using his rendering as a scaled audio map. Larger images with more white create higher frequencies, with the scan following the dark lined pattern. The tiny lines resulted in digital “grit” artifacts. The piece is titled Vincula, which represents a band of connective tissue that holds a ligament together. 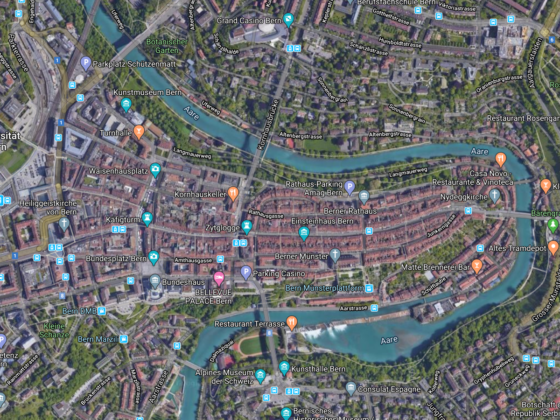 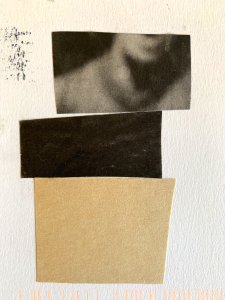 Given current pandemic conditions, Madden delivered his contributions via US mail in the form of handmade post cards. The new pieces are beautifully reminiscent of post-modern “picture theorists” from the late 1980’s: Richard Prince, Annette Lemieux, and especially the late John Baldessari. The scanned output was then filtered through grain synthesizers and Moog modulation boxes.

Suss Müsik has lagged behind the Quarantine Concert series. Dotto will likely be the next piece “performed.” Or maybe something different. The new social archetype is ambiguity, and Suss Müsik embraces it.

In related news, Suss Müsik’s piece entitled Attaché (also a collaborative work, this time employing Madden’s art as graphic notation) will be featured at this year’s New York City Electroacoustic Music Festival (NYCEMF). Again due to the global pandemic, the entire concert series is taking place virtually. Some great work there to be heard, however, and you don’t even have to leave your house.

Continuing our series of live studio improvisations, Suss Müsik created this sweet little lullaby for the Age of AI. Recorded live to 8-track, the piece (titled PHD for no particular reason) sounds like something out of a Japanese video game, one probably featuring cute dancing flowers with brightly colored shapes spinning toward the camera.