Suss Müsik was interviewed as part of the Maker Faire Philadelphia podcast series. Topics of discussion include: DIY instruments, Suss Müsik’s surprising influences, what compels artists to create, the significance of being “crepuscular,” and the best time of day to feed birds. 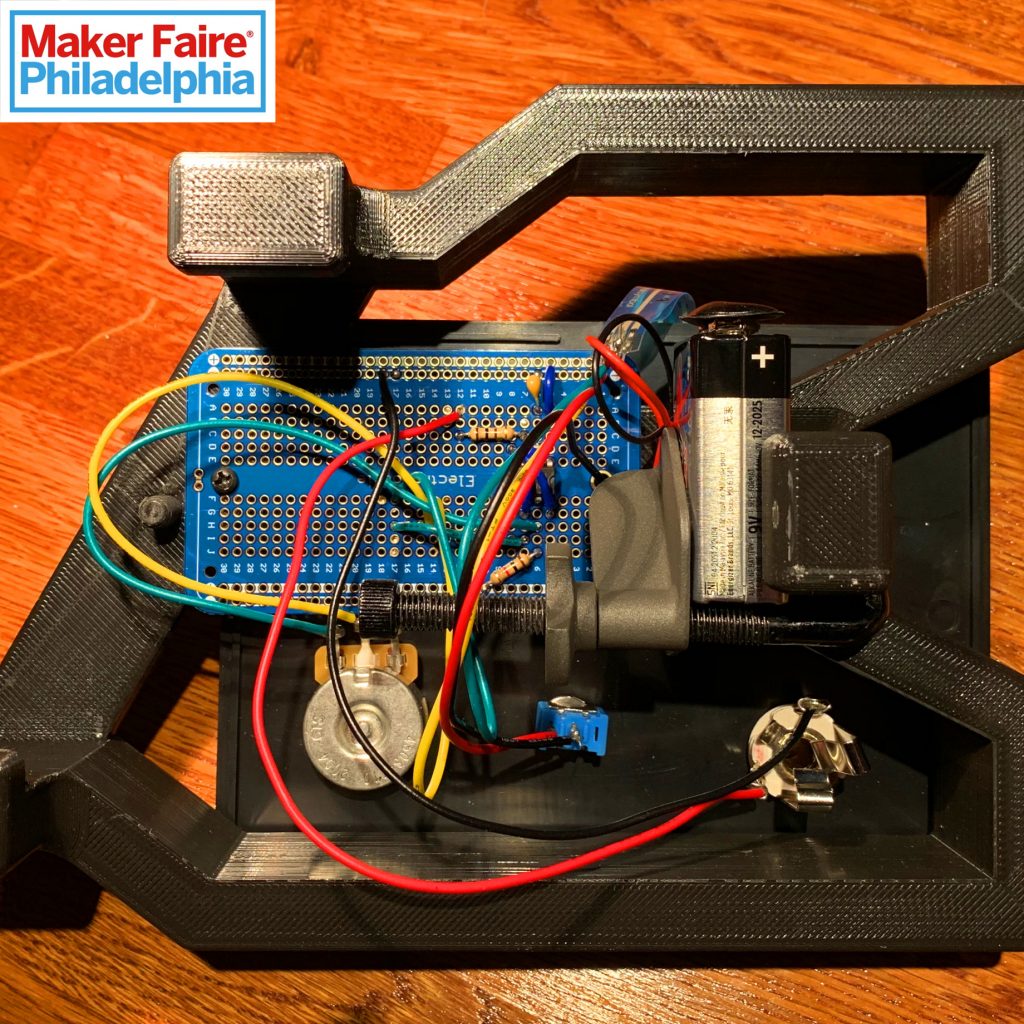 Suss Müsik is honored to be included in the San Francisco-based Maker Music Festival, taking place virtually as of this writing. Some really amazing work being presented, not the least of which is a contribution by artist Sudhu Tewari and experimental music royalty Fred Frith (swoon!). Group participants include London’s Hackoustic (London), MakeMe from France and San Francisco’s own Center for New Music. Suss Müsik’s contribution is the vactrol-controlled Cyanbox. Thank you to creators Joe Szuecs and Sherry Huss for pulling this community together. 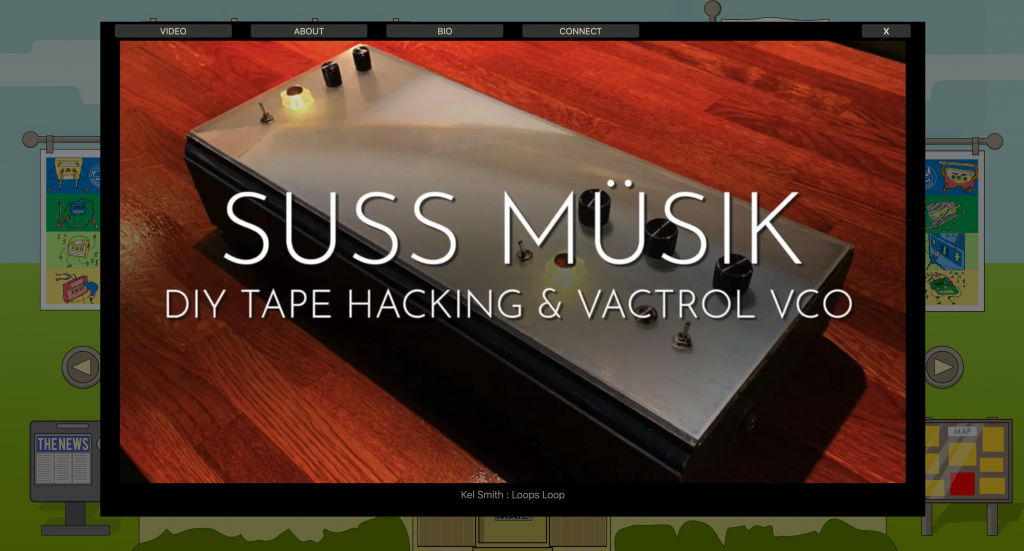 “The unadorned idea of a goal is ambiguous,” writes the neuroscientist Read Montague in his book Your Brain Is (Almost) Perfect. “As with any complex information-processing system, there are many levels of software in the brain … all other subgoals take a backseat to the most important edict—‘Stay alive until tomorrow.’”

One could be forgiven for procrastinating creative efforts during these past fourteen or so months. Alternatively, such conditions may also inspire a flurry of new activity that otherwise would not have happened. Regardless, some amount of stuff doesn’t get done.

Suss Müsik had an album ready to go for nearly a year before actually completing and releasing it this week. The concept was to revisit prior works with simpler, more spare arrangements.

Suss Müsik was also interested in exploring what French philosopher Gilles Deleuze described as “figurative analogies,” blurring the auditory lines between how digital and analogue sounds are represented.

This week’s Junto contribution, titled Deleuze, is the demo of a track that wasn’t included on an album that almost never got made. A figurative analogy, perhaps, for what we mean to do vs. what we actually do. 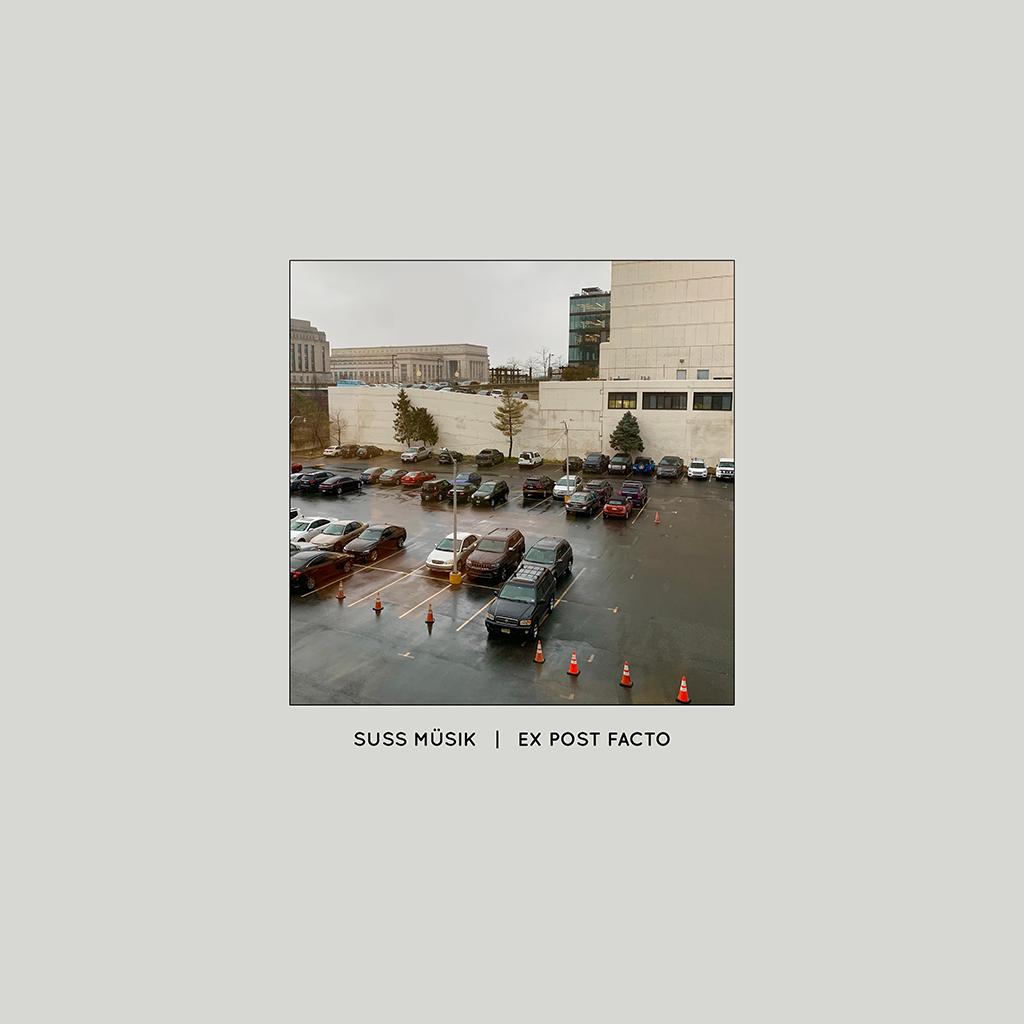 Most of the tracks are decidedly kept short, between two and four minutes each. One track approaches the eight-minute mark, but for the most part the intention was to make the point and evacuate. The pieces are performed on fake strings, piano, mallet percussion, some fake woodwinds, and (on one track) a table saw.

The album is in the mixing/mastering stage and should see formal release in May 2021.

Update: Ex Post Facto has been released. Give it a listen and read the liner notes.

This particular piece is based on Edward Belbruno’s proposed existence of low-energy rock clusters in space. It is believed that microbe particles shared between these bodies may be evidence of life forms seeking habitable conditions. The polyrhythms for fake strings, fake woodwinds and piano were cycled “in orbit” to match the radius of TRAPPIST-1 terrestrial planets. ARP synthesizer and DIY sound-making devices contribute to the interplanetary atmosphere.

Also in the works are a series of pieces that meld both visual and sonic perspectives on the concept of “affordance,” a term common to the human-computer interaction design field. The term was developed by psychologist James J. Gibson, who described the impact that environment has on an object and whether something with no function can influence user behavior.

In other news, Suss Müsik will be participating in Earth Day Art Model, a global telematic event held on International Earth Day. Over 24 hours, the festival will stream performances and media by musicians, artists, writers, and presenters from all around the globe. Earth Day Art Model is sponsored and presented by Deck 10 Media and the Tavel Arts Technology Research Center at Indiana University Purdue University Indianapolis (IUPUI). 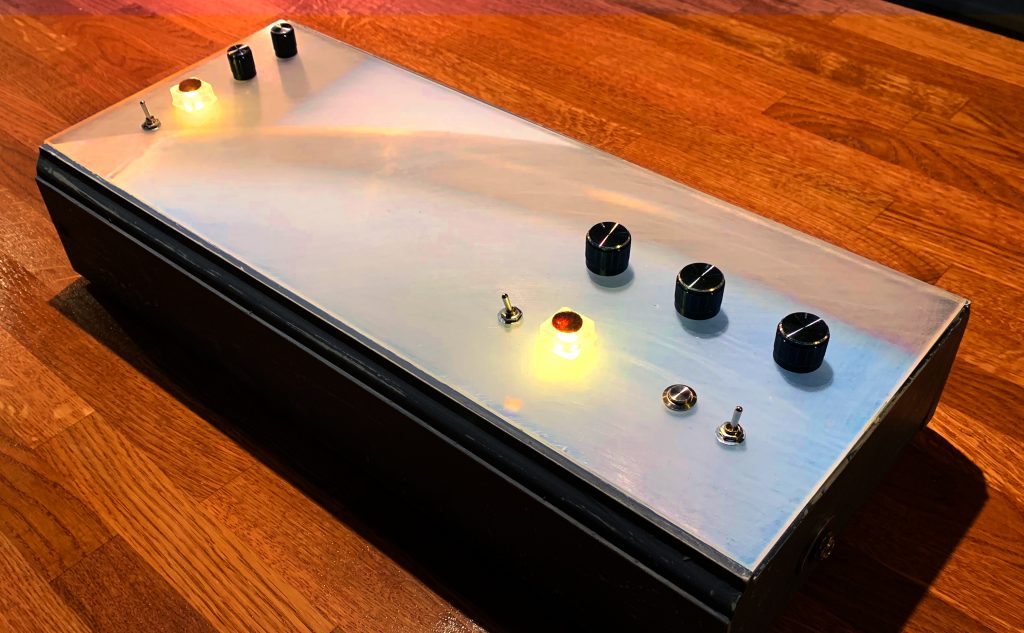 Thanks to ongoing life in the quarantine era, Suss Müsik continues the DIY silliness with two new instruments. One is a combination oscillator and cassette tape looper, built from a hacked Walkman whose amplifier nodes were manually distorted and given a variable-phasing effect. It looks like this: 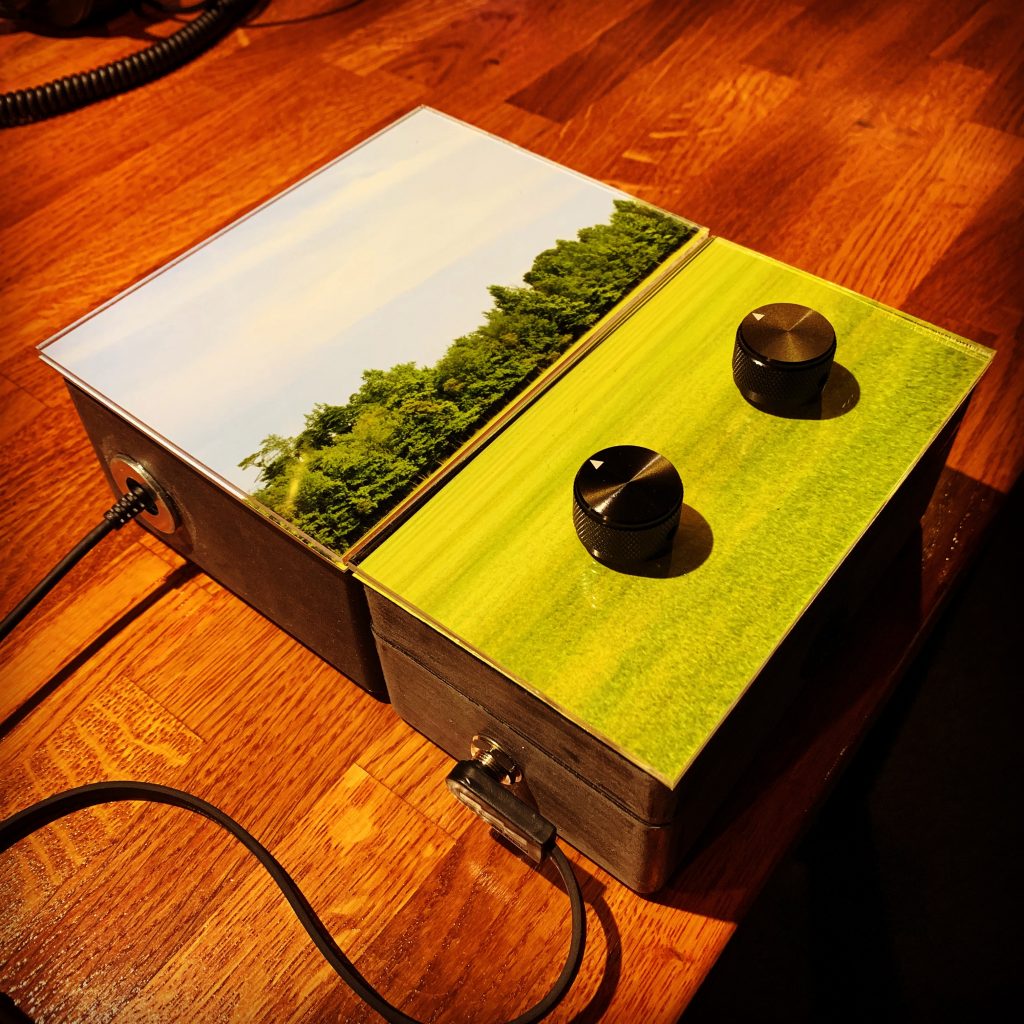 The second instrument is a synth using built-in filtering, pitch-control and modulation. It can be played either continuously or via a small push-button. 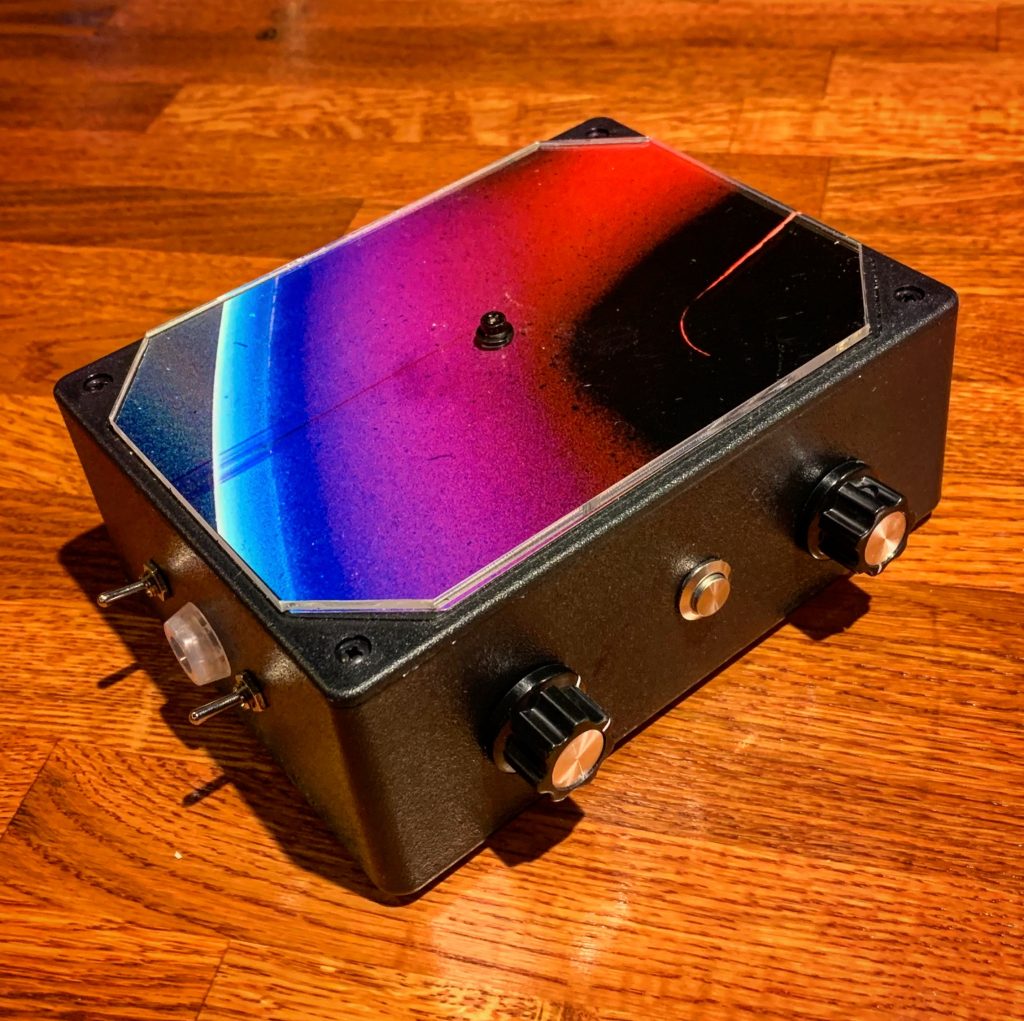 Just to prove that something musical (well, sort of musical) can come out of all this, Suss Müsik has posted a new piece entitled Chagrinningly. Getting the loops to synchronize with other instruments is both challenging and exciting. It’s a possible new direction to explore.

Suss Müsik continues an obsession with building handmade synth devices that make odd (and sometimes beautiful) noise. The latest one is a dual-ouput synth controlled by flashlight, each channel with a built-in VCF control. This recording was made accompanied by a fake string quartet (not shown on camera).

Latest in a series of Suss Müsik Quarantine Concerts, along with this little ditty composed with the Artiphon INSTRUMENT-1. The device’s default modulation functionality is controlled by external foot pedals, leaving the internal accelerometer free to manipulate other sounds.

Suss Müsik will be making some exciting announcements in the coming weeks, so stay tuned for those (or don’t).