There was an incident at Suss Müsik headquarters this past week. During the overnight hours, a bird appeared to have met its abrupt demise as the result of an encounter with another animal—a cat or raccoon, perhaps. Nature is cruel and often mysterious. “[It is] in the womb of nature,” wrote the artist Paul Klee, “at the source of creation, where the secret key to all lies guarded.”

Dunno about that … but whatever took place, Suss Müsik’s porch was the stage for an ornithological unvermittelt featuring a random arrangement of blood, feathers, and at least one disembodied talon. Darwin might have described the scene as one species demonstrating “injurious variations” over another; in other words, natural selection at work. For Suss Müsik, it was an unexpected opportunity to test the garden hose’s pressure-jet feature.

(Apologies to squeamish readers. There’s no way to describe this creative process without a few gory details).

For this week’s project, Suss Müsik began with a photograph of the debris described above. The image was rendered for high-contrast in order to isolate the lines of the porch floor and placement of organic matter. The blood splatters comprised a basic three-part chord structure. Ten feather clumps were divided into two sets of five; one was used to design an arpeggio for piano, the other as a motif for grain synth and second piano using particle refactoring.

The piece is titled Tatort, which translates to “crime scene” in German. It was recorded quickly to 8-track in July 2022. The bird deserved a better epitaph. 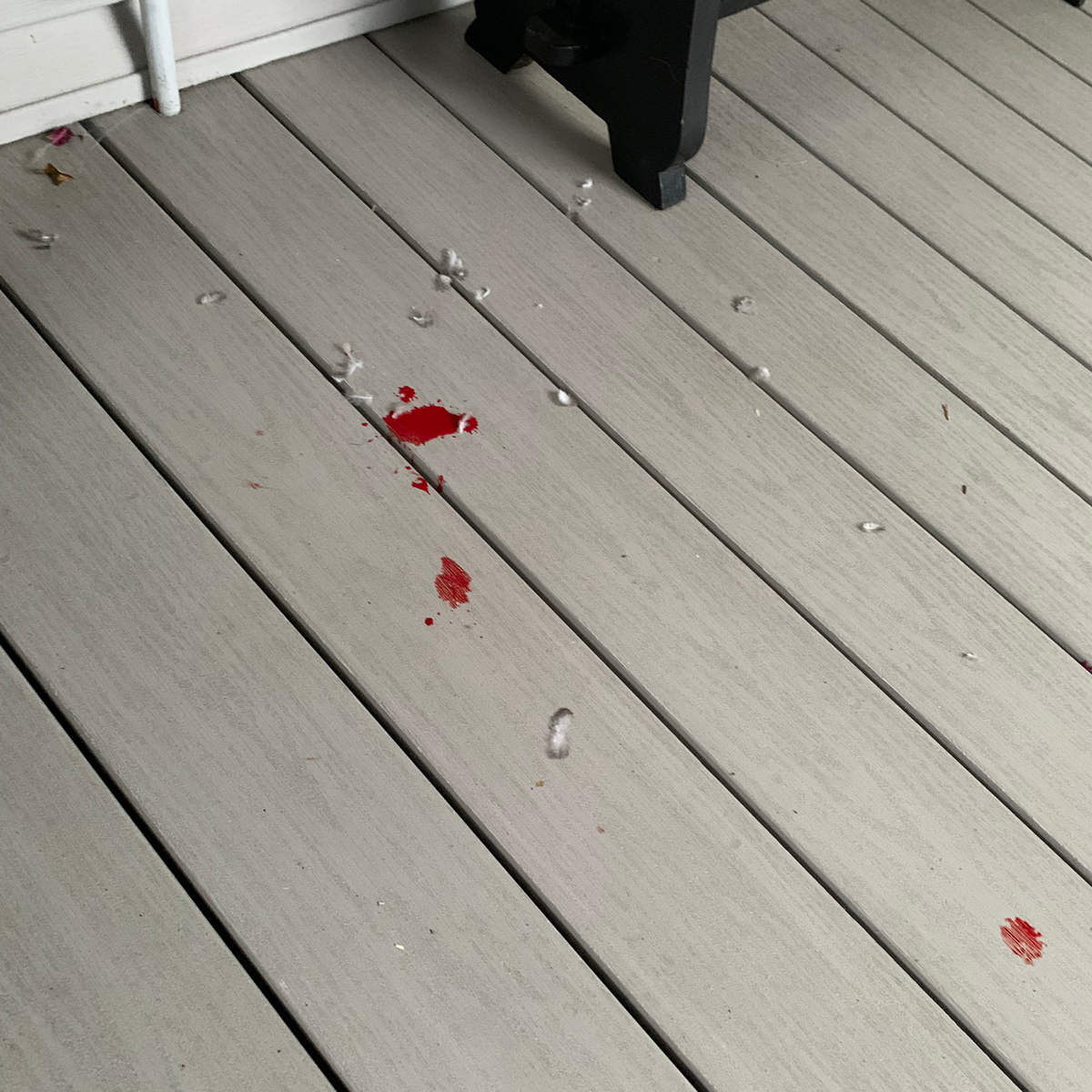 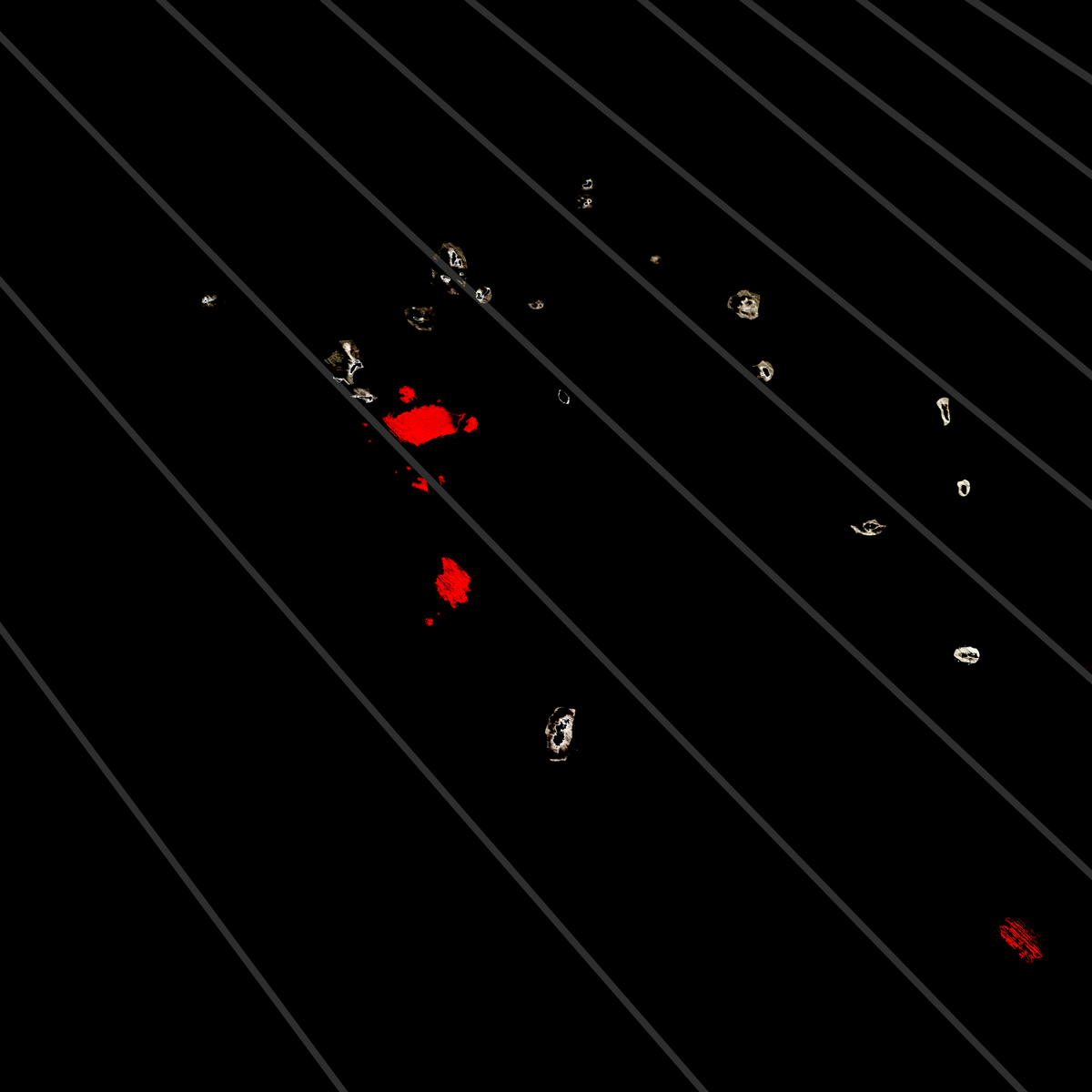 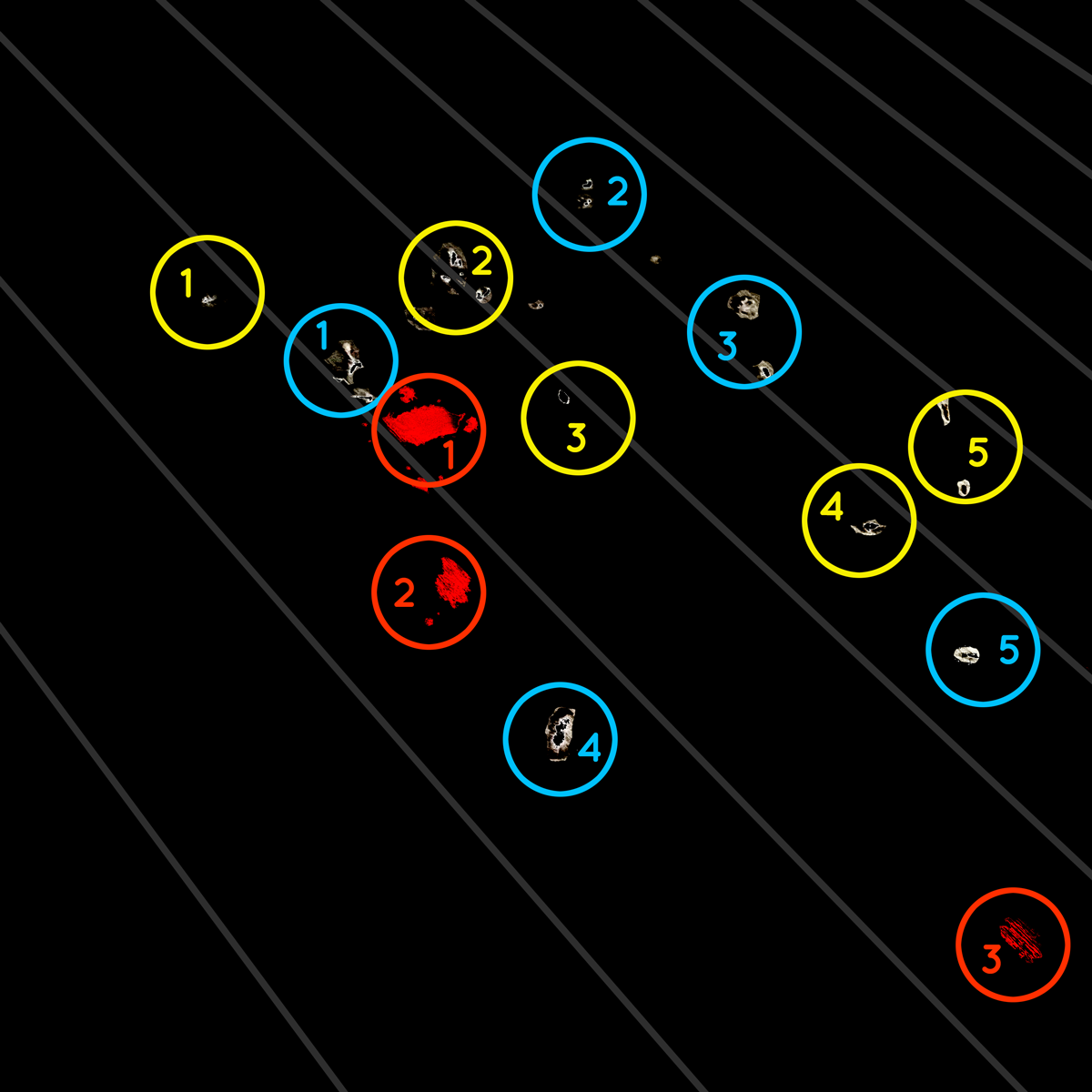